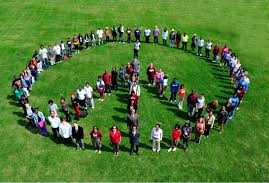 These peace quotes were selected by members of the Keeling and Puri families and represent the aspirations of some of the world’s greatest peace advocates.

1820s and 1830s
The first settlers of European and African descent arrived on foot and by wagon. Scottish immigrants established settlements in Caledonia and Argyle.

1940s and 1950s
The "Great Migration" from the American South broadened our diverse ethnic mix and included the settlement of many African Americans in our community.

1960s and 1970s
Populations of Hispanics, Indians, Koreans and Filipinos grew within our area.

1980s and 1990s
The late 20th century saw the arrival of Asians and Eastern Europeans including immigrants from Vietnam, Laos, Albania,
Bosnia, the former Yugoslavia and the Arab States.

2000 and Beyond
As we dedicate this Peace Plaza, Rockford area children are speaking 55 different native languages. We pray that all children can grow up in peaceful communities where respect and tolerance for our differences are encouraged.